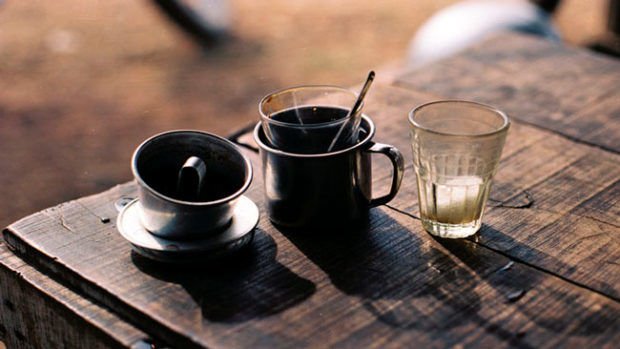 After the introduction of the first coffee plants in Vietnam in 1857, coffee production grew steadily. Only interrupted by the American War, the has growth continued to the present day. In the 2014/15 harvest, Vietnam produced an estimated 29.3 million 60kg bags, which comes to 1,758,000 tonnes of coffee, of which roughly 97% are of the Coffee Robusta species. The other three percent are shared by Arabica, chari and catimor.

“They produce 1.5 tonnes of fake coffee a day, out of soybeans, corn and chemicals.”

The produced coffee from Vietnam in 2013 came to roughly 1,461,000 tonnes according to the statistics by FAOSTAT. Thus, Vietnam is the second largest producer and exporter of coffee worldwide right after Brazil, and the largest exporter of robusta beans. For the country itself that means that coffee is only second to rice in terms of export value. The probability that a blend of coffee of any brand in the world contains Vietnamese coffee beans is very high. 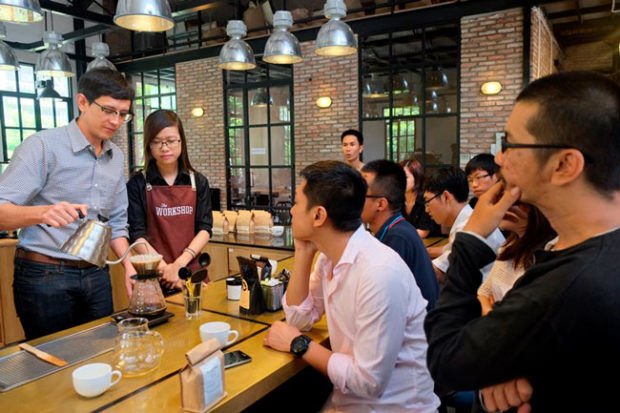 However, in Vietnam the focus lies on mass production. Coffee robusta is, as the name already indicates, very robust and grows at lower altitudes than the more expensive Coffee Arabica. Also the yield is much higher. Arabica trees need much more attention and care. One hectare of Arabica trees yields about seven tonnes of coffee, while the same area planted with robusta gives three times as much.

Talking about the taste, Arabica contains more acid but less caffeine, while robusta is stronger in taste and caffeine. Most coffee blends use robusta beans to make the finished cup taste fuller and rounder.

The mass production however has it’s price in the long run. Farmers produce as cheap as possible and at the end of the year, they need to collect every last coffee cherry (how the fruit that contains the actual coffee beans is called), just to pay their debts.

“This is why Vietnamese coffee is internationally considered to be of low quality.”

Even if the Vietnamese value drinking coffee as one of the cornerstones of social life, the consumption per capita is very low. The Atlantic mentions 0.034 cups per day and person, which puts Vietnam on #71 according to The Atlantic’s ranking system. This data sheet is rather vague though and should not be taken as facts carved in stone. Another data sheet assembled by Google from Wikipedia data puts Vietnam on #89 with a consumption of 0.7 kilogram per capita and year. 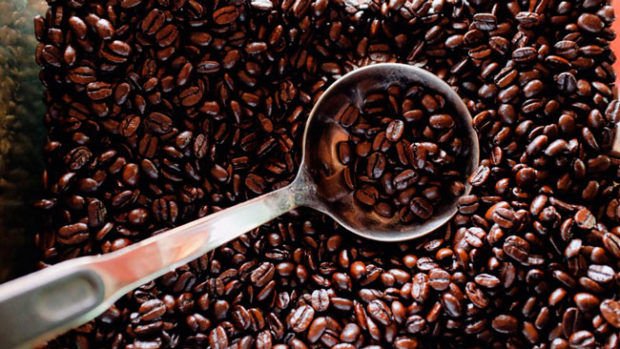 According to Dietmar Vogelmann, founder of Farmer’s Blend coffee in Mui Ne where we purchase our office coffee, an average cup of coffee requires at least 20g of coffee beans.

“The vietnamese drink on average 35 cups of coffee per person per year.”

This raises some questions. If all the people I see drinking ca phe sua da every day would actually consume coffee, the statistical amount should be much higher than 35 annual cups. And this question brings us straight to the issue of “fake” coffee.

Even if Vietnam currently focuses on producing cheap coffee, the actual price of pure coffee is quite high. On Alibaba.com you can buy roasted robusta beans from Saigon port for around six U.S. dollars per kilogram if you agree to buy several tonnes. Green coffee beans are much cheaper, but you need a roastery to make them drinkable, and during the roasting process they lose 20% of their weight.

However, there is a simple solution popular in Vietnam to cut the price and create a greater revenue for your coffee business, be it at a café or a street side stall: Add some fillers! 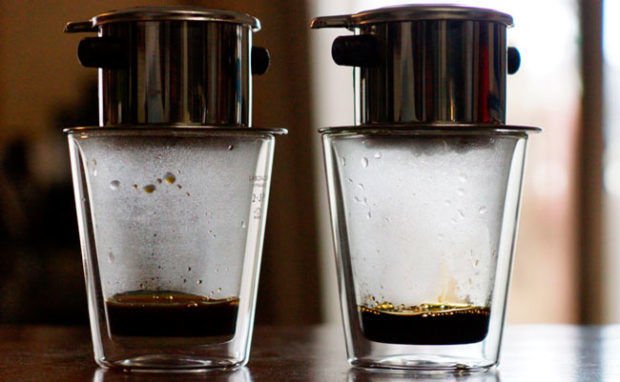 In August 2014, the American Chemical Society released an article about their development of a chromatographic test, using Brazilian coffee. The leader of the research team, Ph.D. Suzana Lucy Nixdorf says: “With our test, it is now possible to know with 95 percent accuracy if coffee is pure or has been tampered with, either with corn, barley, wheat, soybeans, rice, beans, acai seeds, brown sugar or starch syrup.”

The reason for developing this test is the growing worldwide demand for coffee, combined with the lower yield due to climate change and failing crops.

The most common fillers in Vietnam are soybeans and corn. While corn usually is only common in ground coffee, most people can’t distinguish roasted soybeans from actual coffee beans. The aroma of coffee with soy reminds of hazelnuts.

But even if the aroma of the coffee is an indicator of its purity, how can anybody distinguish the smell, if Vietnamese coffee is soaked with natural and artificial aromas? This is probably the greatest pet peeve of coffee lovers in Vietnam:

“The tremendous amount of artificial flavouring that drenches the taste of coffee.”

It seems that the Vietnamese taste buds got so used to not tasting actual coffee, that some of the coffee sold on the street doesn’t even contain one single coffee bean. On August 26th 2012, Thanh Nien News published an article about fake coffee that is produced in Ho Chi Minh City. One of these factories, Thong Phat, produces around 1.5 tonnes of fake coffee per day from soybeans, corn and a mix of partially unidentified chemicals that reporters named “life-threatening”.

Vietnam Breaking News published an article on 16 September 2014, as another fake coffee producer got busted by the authorities. The inspectors did not find one single coffee bean, just soy, corn and several unidentified chemicals. Apparently they did not find any “coffee money” as well, otherwise the workshop would probably continue production, quite like the above mentioned Thong Phat company, that received the rating “good” after a food safety inspection, while the HCMC Department of Health issued a “failing to meet requirements” to the same company.

“Retailers buy the fake coffee and after grinding and packaging, they sell it to Vietnamese coffee shops for VND60,000 to VND120,000 per kilogram.”

If you compare the price here to the wholesale price of real coffee, you know where the cheap coffee actually comes from.

While one-time consumption of fake coffee does not permanently damage your health, daily intake of chemicals like industrial colorings, sodium lauryl sulfate, carboxymethyl cellulose, chloramphenicol and sodium cyclamate can poison your liver, bone marrow and kidneys, cause cancer and even genetic defects in unborn children, such as Down’s Syndrome. 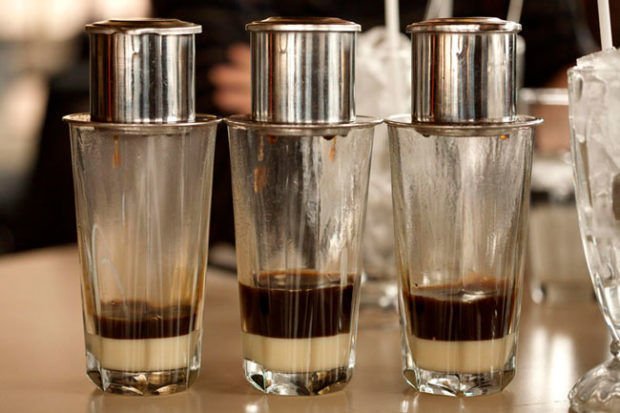 This is a pretty dire picture, painted on Vietnam’s vibrant and lively background, and it mars the overall cultural experience of enjoying a glass of ca phe sua da and a nice chat with a friend on the colourful sidewalks of Saigon.

So let’s put this aside and focus on the variations of traditional Vietnamese coffee. The Vietnamese like their coffee dark roasted. Even darker than Italian espresso roasts.

“After the roasting, they add some butter and additional flavorings, like spirits, salt or fish sauce.”

These additives are supposed to give the finished coffee a richer umami taste and the thick, oily consistency that is typical for Vietnamese coffee. I remember my first cup of coffee in Hanoi and I was more than a little surprised about the salty taste.

At Farmer’s Blend coffee, they add just a little French butter to the still warm beans and a dash of rum, to give their Vietnamese blend a traditional finish. “I experimented with soybeans and other ingredients, to create a product that is similar to the popular brands of coffee in Vietnam,” disclosed founder Dietmar Vogelmann in our recent interview, “but the process is too complicated and some of the ingredients are too dodgy, so I gave up on soybeans and only process pure coffee beans.”

“These ingredients can poison your liver, cause cancer and defects in unborn babies.”

In the South, people usually pour their beverage over ice, while in the Highlands or the northern provinces, coffee is best enjoyed hot. That is mostly an issue of the climate.

The use of condensed milk dates back to the French, who traditionally add milk to their coffee. Vietnam however did not have a mentionable milk production back then, so the French imported condensed milk from Europe. The excessive sweetness of the milk reduces the bitterness of the dark roast and makes the beverage even thicker than before – exactly how the locals love it.

The use of fresh milk is still not very popular, since most milk offered at the supermarket is just rehydrated powder anyway. Real pasteurized milk like Dalat Milk for example, comes at double the price per liter than the product of Vietnamese market leaders. Also, the people fear that adding fresh milk may water down their coffee.

People who don’t add condensed milk to their Vietnamese coffee usually add loads of sugar instead. This version is called ca phe den, black coffee. Coffee drinkers who don’t like their coffee sweetened at all meet incredulous stares and unless you specify that you don’t want any sugar, the staff may even add some despite you ordering sugar free.

Vietnamese coffee is traditionally brewed individually with a small metal French drip filter (ca phe phin). You put the dark-roasted and coarsely ground coffee powder into the phin and pour water on it. Depending on the phin, it can take several minutes for the coffee to drip into the cup or glass, containing condensed milk or sugar. If you want to pour the finished beverage over ice, feel free to do so.

At many roadside kitchens, the coffee is already brewed in advance and stored in plastic bottles under the counter. The coffee lady pours one measure of the concoction over ice and adds the condensed milk on top to create a nice effect of white and brown.

How to find good, and especially real coffee in Vietnam then? Well, one option is to make friends with a farmer. The other one is to find reliable sources for your coffee. We will introduce Saigon’s speciality coffee scene soon, where you can sample the best rated beans in the world and be properly amazed. 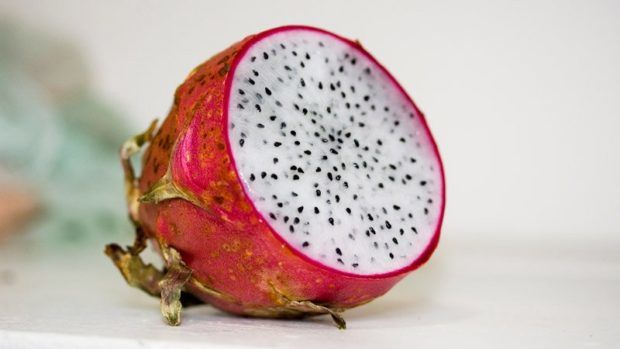 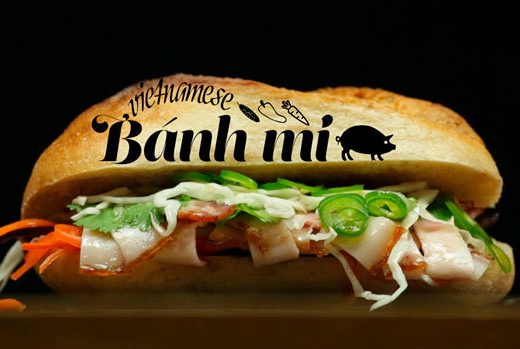 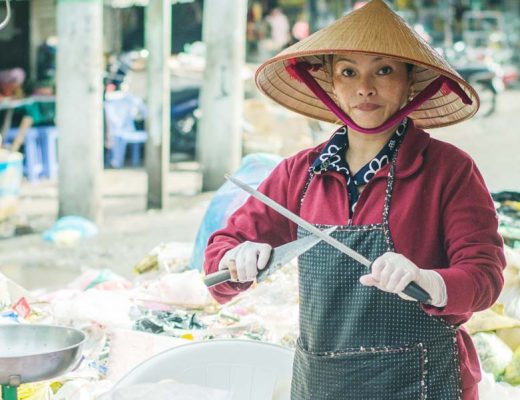 CAN VIETNAM’S FOOD CAUSE CANCER? DEPENDS ON WHO YOU ASK